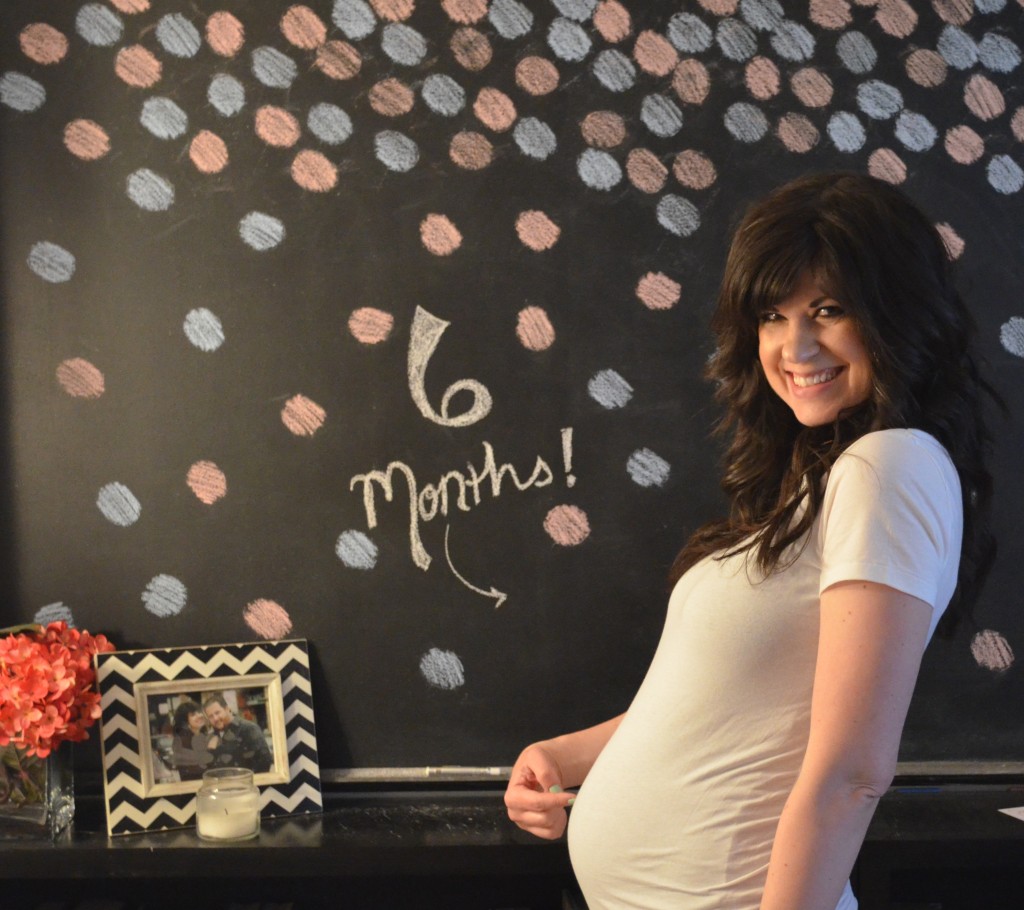 Well folks, I do believe we’re past the point of “is she or isn’t she pregnant?” It’s a fully on baby belly now :) Which means it’s time for an update!

I’ve looked forward to this stage for so many years and I’m loving it as much as I thought I would. Just the other day when I went to sit on a stool, I thought of how great it is to have a baby belly because it meant I didn’t have to adjust my pants or make sure my shirt was covering everything in the back. I could just plop down in a chair!

Thankfully a lot of my regular clothes still fit. I’m super annal about having tops that are long and that’s really really come in handy. The shirt I’m wearing in the picture is one of three actual “maternity” shirts I’ve purchased (all of which were less than $10). Other than those three items and jeans, I’ve been wearing regular clothes.

I am enjoying the everyday challenge of dressing around the bump as much as I thought I would too. It’s just fun to have a new look and very exciting that it involves our baby!

Not craving anything new in the past couple of weeks. Even my lemonade intake has slowed down (but not stopped because I’m still a living breathing human). And I’ve even feel like my hunger has plateaued, which is nice. What hasn’t plateaued is my need to pee. That’s pretty constant. At work I’ve gotten in the habit of waiting and waiting till I can’t hold it anymore, which means I often blow past people in my charge to the bathroom. I may loose some friends that way, so I probably need to quit.

I’ve heard people mention “pregnancy brain” but I’ve always thought it was an excuse to get away with stupid mistakes. Turns out it’s a thing. The other day I drove in the wrong direction to work for almost a full 2 miles before I realized what I was doing. A couple weeks before that, I sent out an email to some people at work then another email stating almost the same exact thing two minutes later. Both things I wouldn’t have done 7 months ago. Weirdo.

The number of people who’ve wanted to touch my stomach has increased (you’d be surprised at how many people touched it when I wasn’t even showing…you won’t be surprised to know it’s about as awkward as it sounds). I am not at all a touchy person, so this will be a fun adventure. I do always wonder what people expect to feel when they touch a pregnant belly. Do they think their hand is immediately going to cause the baby to bump around? Because all it really feels like is that I’ve swallowed a basketball.

If you follow me on Instagram (and if you don’t you really should) then you know that my sister is also pregnant!

We are so very excited about this, and can’t wait to see our kids grow up together. My sister-in-law also had a baby this year, so our kid will have cousin’s a-plenty to play with as he grows up. It’s all so very exciting.

Tune into FOX43 tomorrow morning around 8:15 to see when to save or splurge when it comes to beauty products. Or check back in with the blog tomorrow because I’ll have everything listed there as well.

And HEY have a happy Monday :) 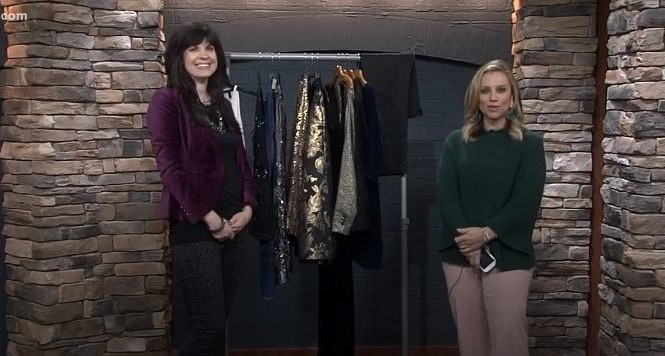 Tips on How to Plan All Your Christmas Outfits 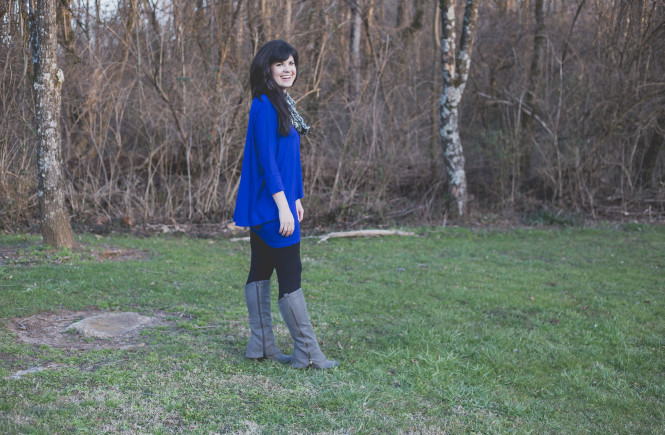 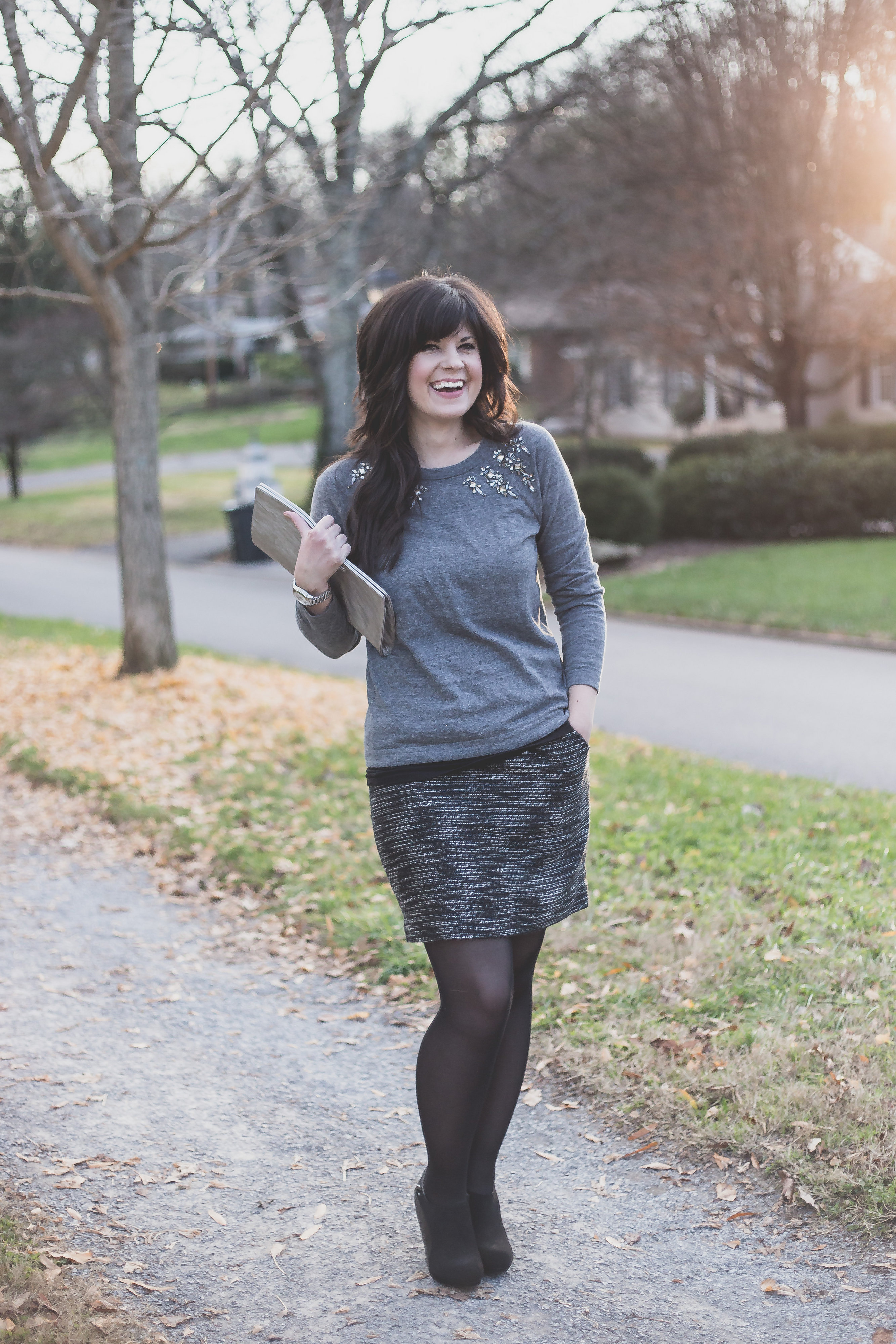