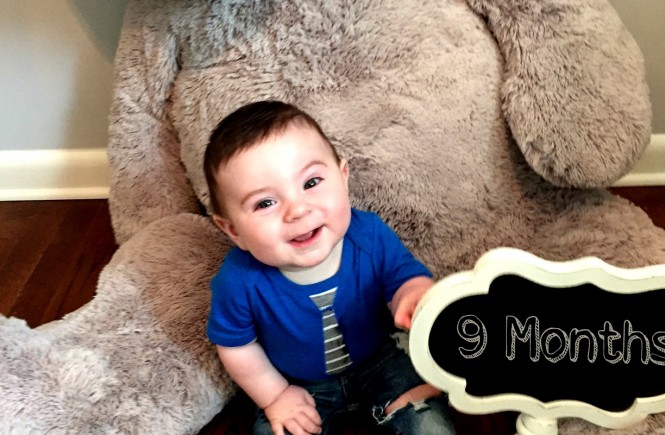 At 9 months you’d be hard pressed to find a boy that’s more boyer-than-boy than Jackson.

He roars, he bangs, he loves to fly around and swing.

He finally got himself out of reverse and is crawling forward at full speed. We’re two weeks into that world. And it really is a whole new world.

The time I find it most challenging is Sunday mornings. As I write this, I can feel all the parents out there thinking, “Oh girl, it’s only just begun.”

This past Sunday morning he was crawling around in a sea of wipes and tampons. Because if it’s in a box…it’s coming out.

He can pull up really well and will even take steps while balancing on something.

When I see him take those tiny steps I want to sit him down and explain he’s just a baby, and babies don’t walk until they’re 30 when they really have a handle on life and where they’re going. But I’m certain that’s not healthy behavior.

He says Mama all the time. And Dada too, but MOSTLY MAMA because he knows what’s good for him.

He is a happy baby. But how could you not be when your mother is a self-proclaimed comedian?! Am I right? *high five

He does some things that puzzle me a bit. First, he’s a cuddler.

I’m not a cuddler, nor is his dad. We rarely display physical affection besides a playful elbow to the face or kiss as we’re leaving. But this kid, he’s a hard-core cuddler. Which I’m totally fine with.

Every time I find myself on the couch or in bed snuggling with him, I relish the moment because I understand he won’t want to do that forever. (When he gets to that point, I’ll console myself by remembering that time our cuddle session ended with poop – everywhere).

And he’s just started doing this thing where he puts his head down when someone talks to him, like he’s shy. How do babies even know how to be shy?!

What do they have to be shy about?! It’s not like they have experiences to look back on when they were embarrassed in front of a crowd. They poop and pee in their pants and everyone’s ok with it – what could they possibly be shy about!?

We’ve had to get corrected a time or two because that gorgeous new snakeskin coffee table tray mama bought looks pretty alluring. So we want to touch it. But when we’re told no, we like to throw our head back and cry. (I’m using “we” to protect the innocent until proven guilty).

In total, these past 9 months have been amazing.

Not only because we enjoy getting to know the greatest kid in the world, but also because mom has had to pee a lot less often than the 9 months prior to it. ;) 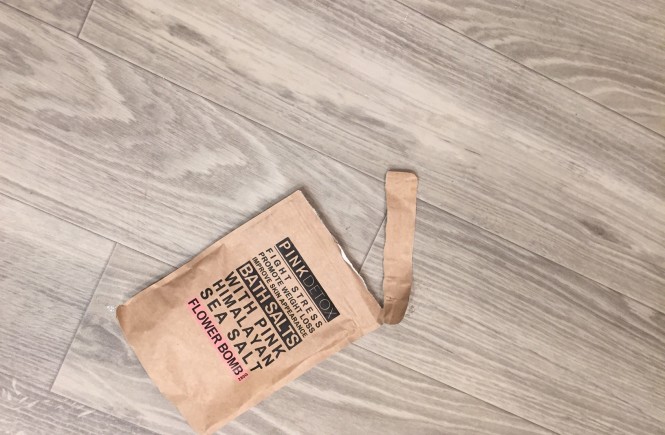 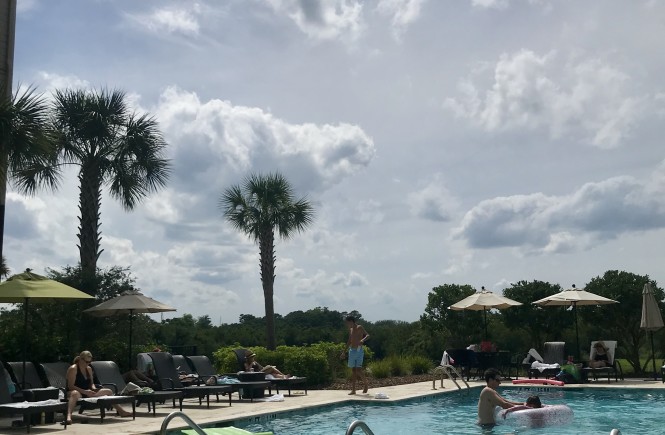 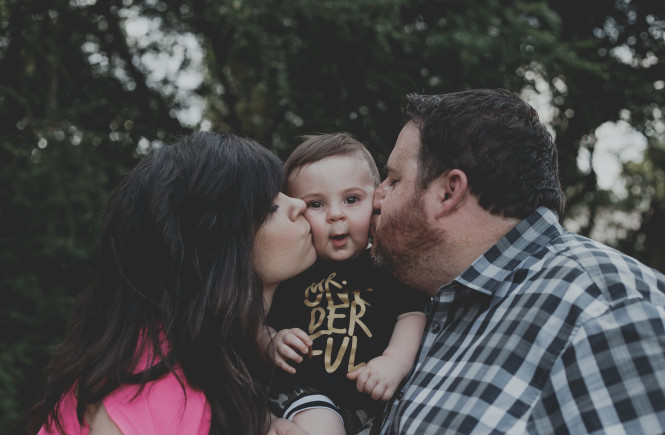 Two is the Magic Number