3 Ways to Tie Your Scarf

Much like pretzel dough, scarves are having a major moment.

I don’t think I’ve stopped seeing scarves even when the temperatures didn’t call for them. So let’s lean into that fact and wear our scarves well with a few tips on how to wear them…

Below I’ve posted the best scarf tying video I think has ever been made and will ever be made. Ever. The whole video is flawless, but what I like most is how it goes in slow motion when she’s tying the scarf so you can really see how she does it. Every year I pick out the techniques I like the best and keep the video handy on my phone to watch it when I’m getting dressed.

Here are my top three favorites…

All she did was loop the scarf around her neck one time, then she reached inside one of the loops to pull the right (our right not her’s) hanging side up slightly to make a hole. Then she pulled the left side through that little hole. 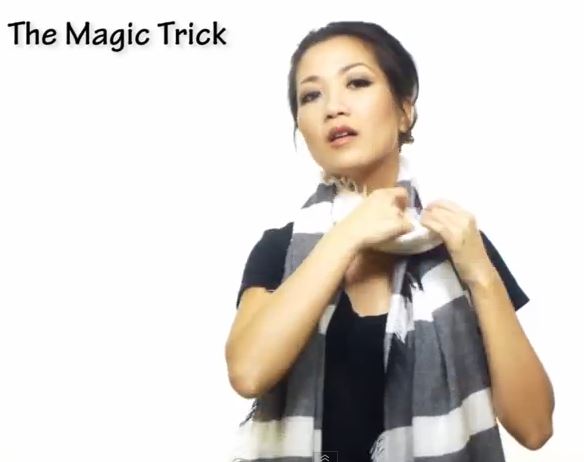 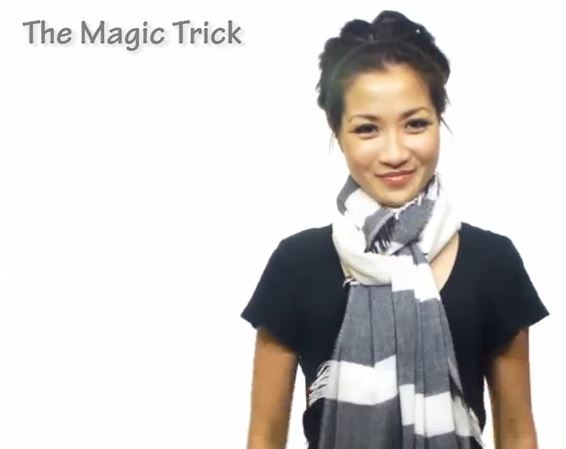 The Twist and Pull 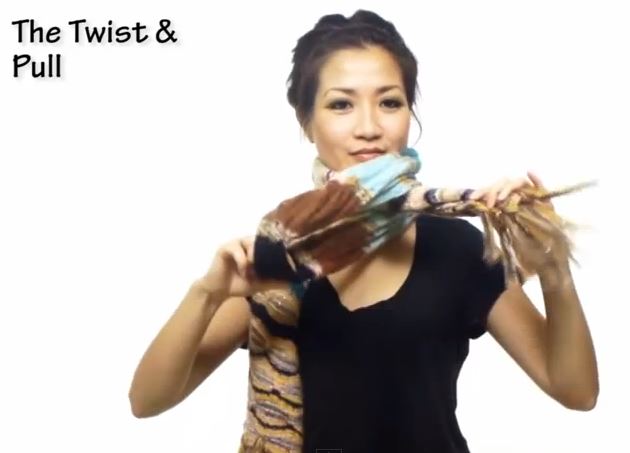 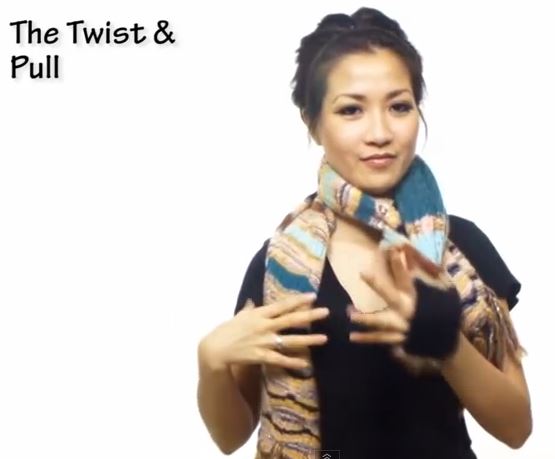 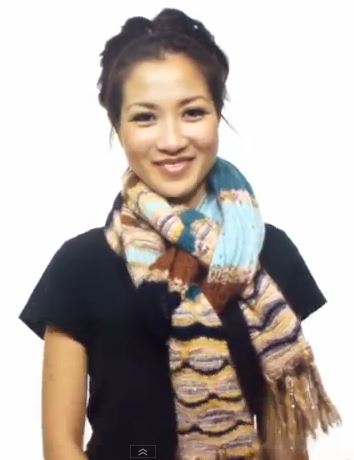 This one starts out again with the scarf being halved, but instead of pulling one dangler through, you pull both of them through, twist the loop and pull them both through again. 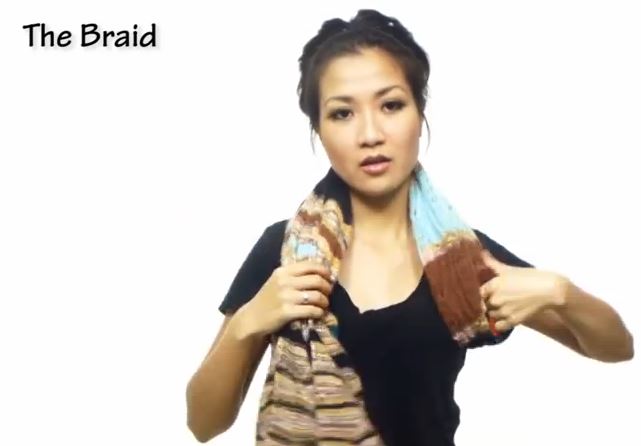 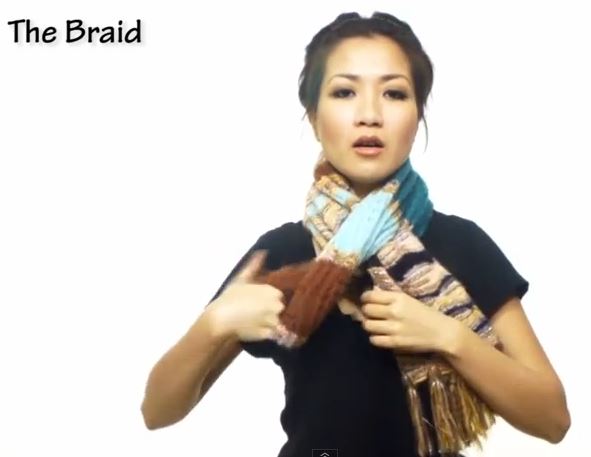 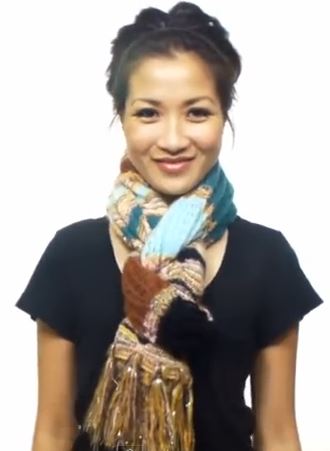 For the last two techniques I would suggest using a lighter scarf if you plan on wearing it in doors. If you use the scarf like she’s got (heavier, woolier) you’re going to be very bundled up indoors. That’s why it’s very important to have a good variety of fabrics when it comes to your scarves.

I also like to buy scarves with different fringes because even that plays a role in how it lays when you’re wearing it. Short fringed scarves don’t hang as well in some instances like longer fringed ones do. So try out different tie techniques with a couple scarves to see which one fits the look you’re going for.

Express has a whole lotta short fringe scarves (and right now they’re on sale). And one of my favorite places to snag one is Forever21. They’re so cheap! So even if you literally snag it…you’re only out $10 or so.

Baby, It’s [Supposed to be] Cold Outside

On the Other Hand