Plaid Got a Makeover 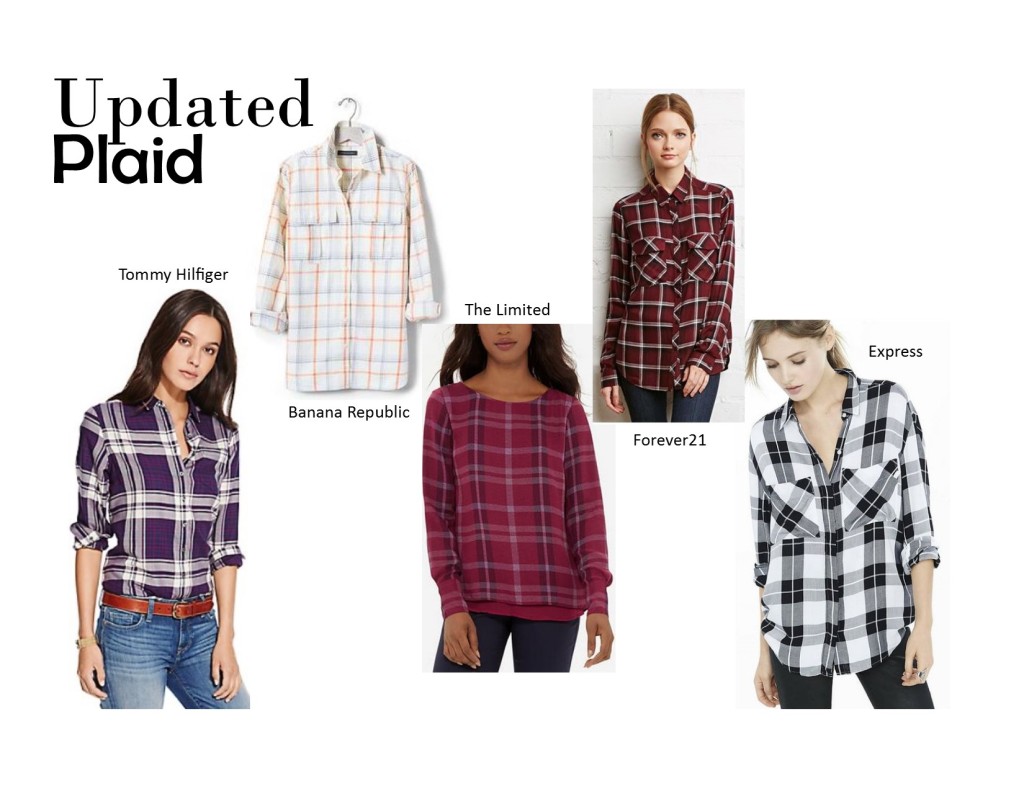 My son has pooped in a JCPenney three times now. I don’t know if it’s because he doesn’t like the place, or because he’s so relaxed.
Yesterday while the lady in the checkout line was oohing and aahing over him, he’s lying in the stroller straining. 

I’m just glad he got it all out because I was in a rush to put together an outfit. It was during that rush that I became thankful for two things…
One: I’m thankful he’s a good shopper and able to sleep while mommy drives his stroller like a bumper car (I’m still getting used to it).
Two: I’m thankful for plaid.

Sure the right kind of animal print makes me salivate and of course stripes are always a safe bet, but I was craving something new. Something fall-like but without the country feel (not that there’s anything wrong with that).

I needed a great pattern and I was pleasantly surprised to find that plaid has been given a makeover. Everywhere I turned there was an updated version of what can sometimes be a homely pattern. Whether it was incorporating new colors like the purple pictured above from Tommy Hilfiger or the orange and gray from Banana Republic, or by going bolder and wider with the stripes like Express has done, or maybe it was how The Limited printed it on a softer, flowy fabric – all of those upgrades made the pattern more appealing to a city gal like myself.

I tried with all my might to not title this post, “Mad for Plaid” but I have to say, the 21st century versions of this classic pattern and all the pattern mixing possibilities it brings with it, makes it hard not to go a little mad for a lot of plaid. ;)

Pick up any of these great options at West Town Mall!