Adding the French “Deux” really kicks this puppy up a notch doesn’t it? And we need it kicked up, because closet organization may not be everyone’s wheelhouse and/or fun house.

If you’ll remember a couple weeks ago I broke down how to get your closet clean. It doesn’t have to be this gigantic, insurmountable task that keeps getting put on the back burner. It’s definitely something you can easily accomplish and it doesn’t have to all be in one day. You can read that post, here.

Today I wanted to get into the nitty gritty organization aspect of it. Now I’m certain there are so many closet hacks on Pinterest where you can take some kitty litter and somehow turn it into a gorgeous hanging basket (it sounds like an exaggeration, but I’ve seen some craaaazy things on Pinterest).

All I used for my closet are stack-able pop up boxes from Ikea, and a hanging shelf unit from Ikea. 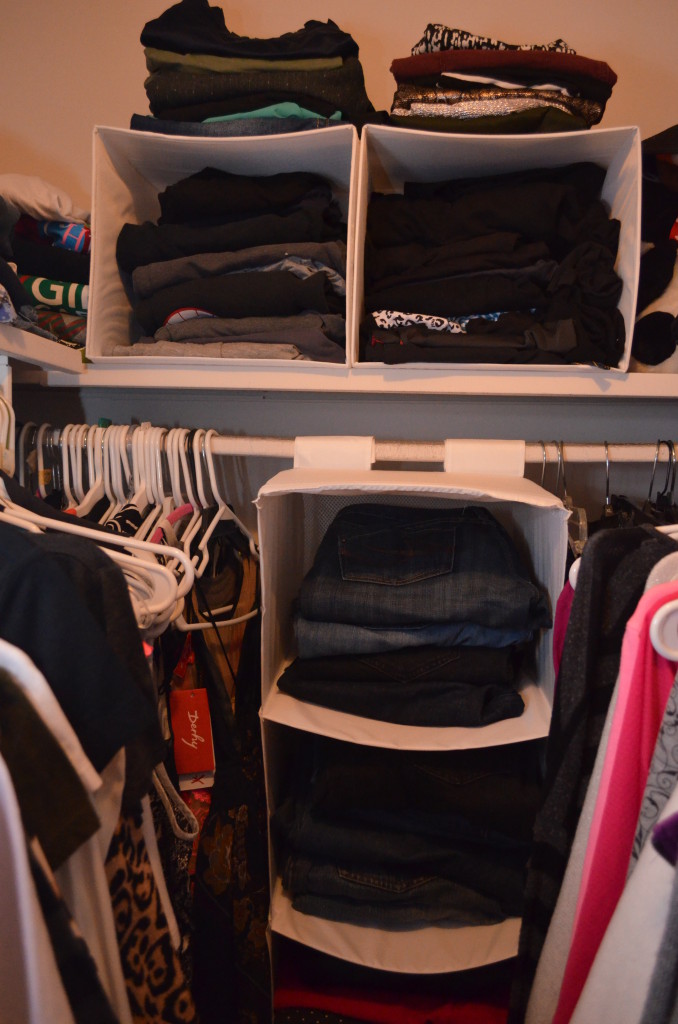 For the longest time I’ve had all of my pants hanging right in the center of my closet. The problem with this is I would often not be able to find what I was looking for and when I did the pants would have that terrible hanger crease right in the middle of the leg. I decided to solve all of those problems by storing my jeans/pants in this handy shelving unit.

Like I said, I got mine at Ikea but unless you have one in town their shipping cost is OUTRAGEOUS (which was also the name of a shampoo I used back in the 90’s that I wrote a great theme song for at the age of 10 – I still remember it too, so it was a pretty effective theme song if I do say so myself).

Home Depot has a similar one. It’s truly saved me time and creases. And now I’m more likely to put my pants away because I don’t have to hunt down a hanger for them. Win. Win. Win.

Now for my t-shirts. The biggest problem I was facing was entropy. Every so often I would re-fold and re-stack them all, but over time they would get out of order and end up being a big mess. I’m not saying that’s never going to happen again, but I did take some steps towards preventing it. 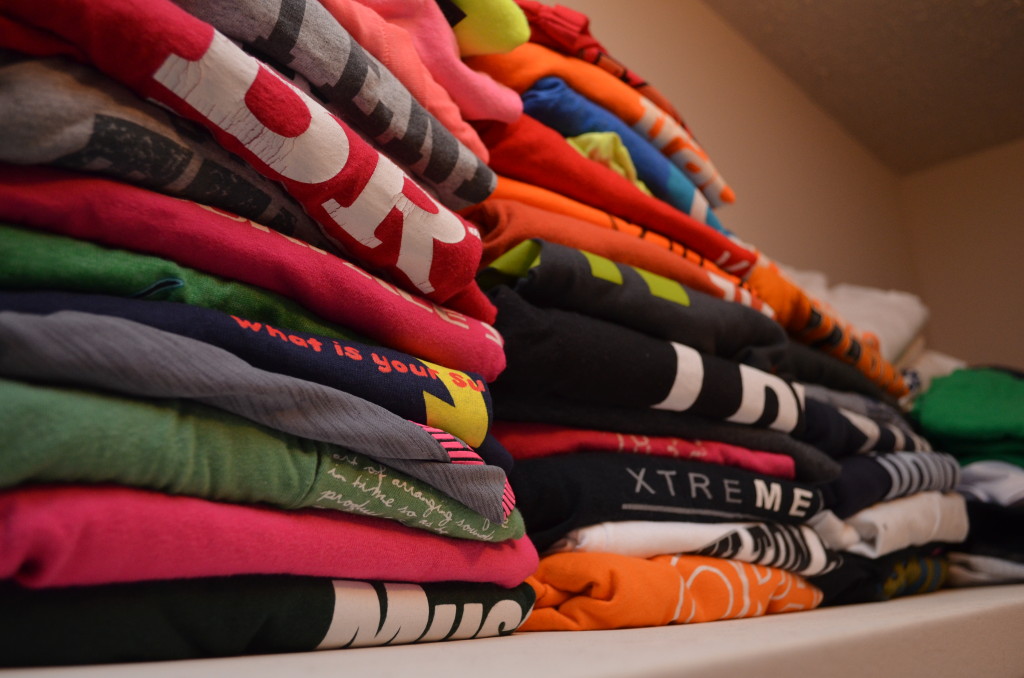 First, I separated them into categories. I have t-shirts I’ll wear in public, one’s I’ll work out in, and others that are just for around the house (*wink …Actually that just means they make me look like a box). So now I don’t have to dig through the whole pile (making a mess) to find just one shirt. I’ve also incorporated these collapse-able cubes to keep the peace. I wish I would have bought 100 of them, and actually I can because Wal-Mart sells them as well. They do such a great job of separating the mess and keep all the stacks neat and orderly.

So there you have it. Two easy ways to get everything in your closet organized into a neat and orderly fashion and we didn’t have to do anything crazy with kitty litter. 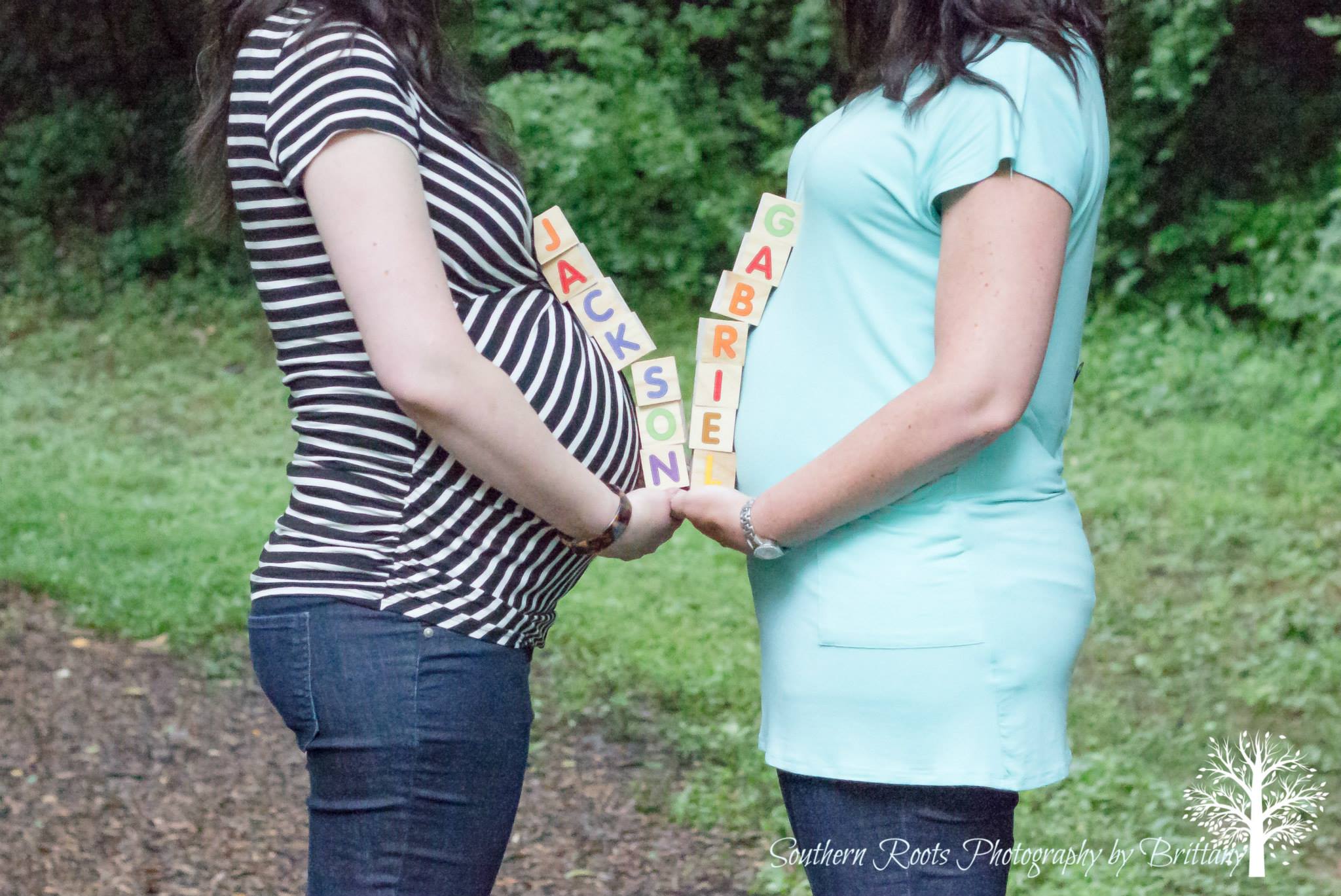 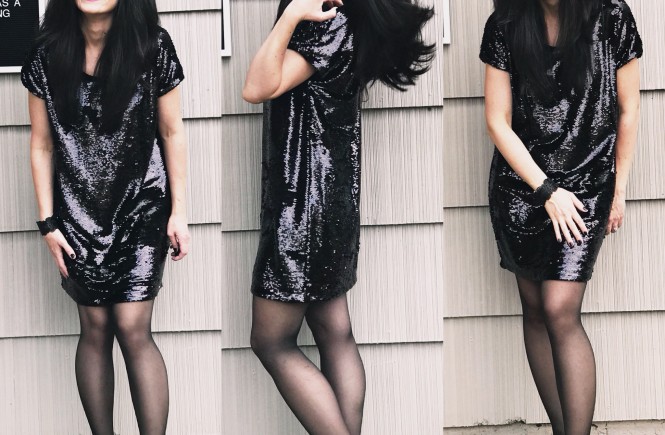 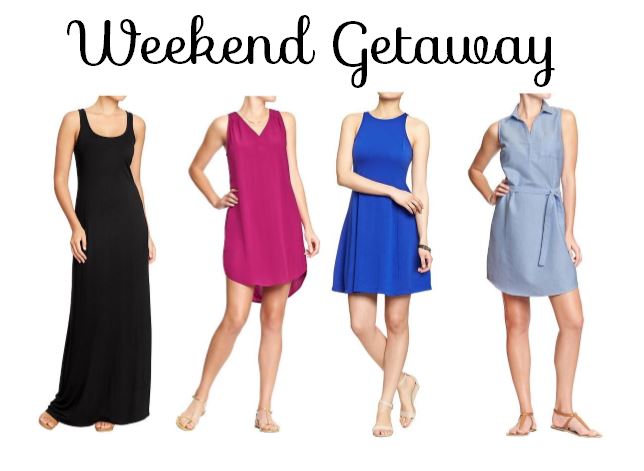 Easily Pack for a Weekend Away